In dossiers the attribute which we want to form series in the chart has to be place in the “Color Drop” zone. In the below screenshot, line chart is displaying the details of Revenue metric over month and year dimensions. That means series is formed using Revenue metric. 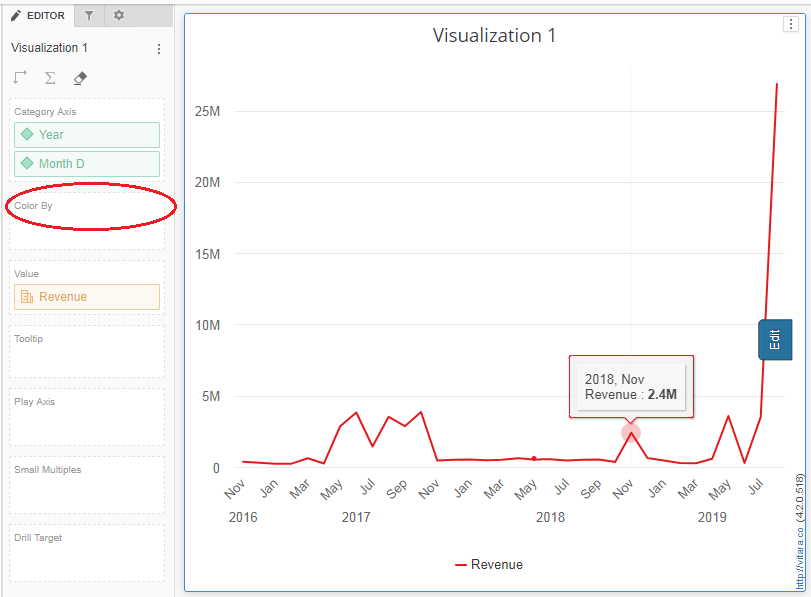 The same graph can also be drawn to display the yearly revenue details. For this we have to draw the series using year attribute. Just drag and drop the Year attribute from Category drop to Color by drop zone as shown in the below screenshot.

The following steps will explain how to form series using attributes in RSD.

Step 1: The attribute which you want to form the series should be in the right most row position in the grid. In the below screenshot the attribute “Year” is used to form series in the line chart. 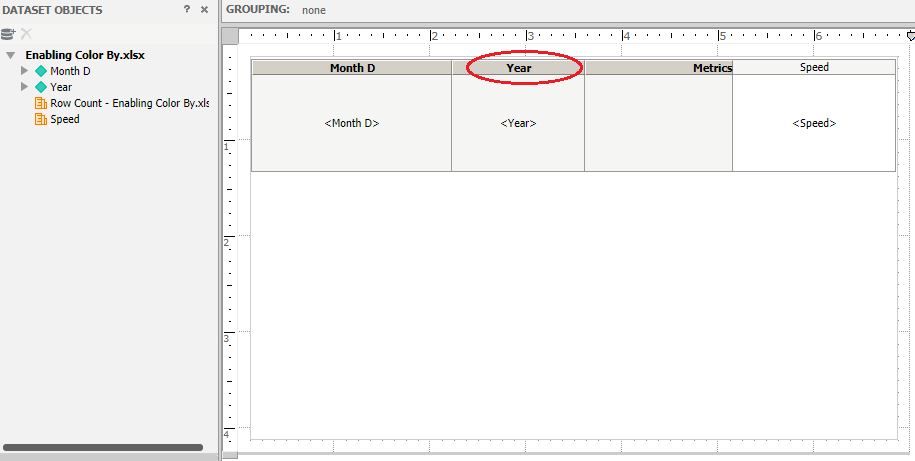 Step 2: Run the document in the presentation mode. Hover the curser on the chart to get “Edit” properties button of the Vitara line chart. As you can see in the below screenshot, by default series is formed using the metric “Speed”. 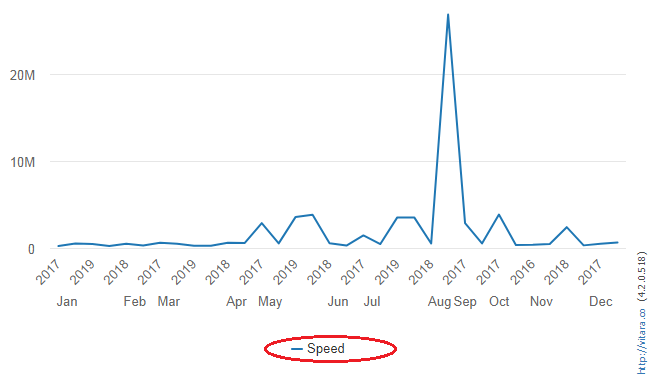 Step 4: Under the “Appearance” tab, there is a check box called “Color By Last Attribute”. This check box will be in the disabled mode by default. Click on the check box to enable. 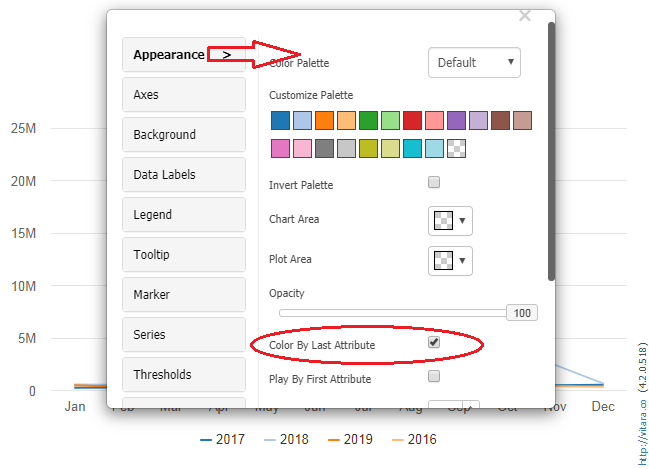 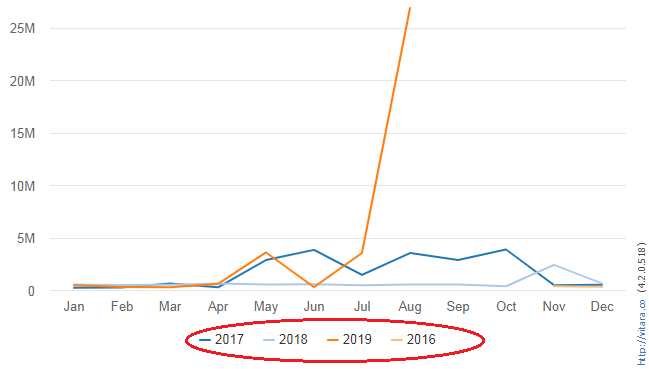