In the vitara grid chart, we can also group the columns which is called ‘column grouping’. Groups can be created with only attributes or only metrics or combination of both. Below screenshot shows the column groups created in the Grid chart. 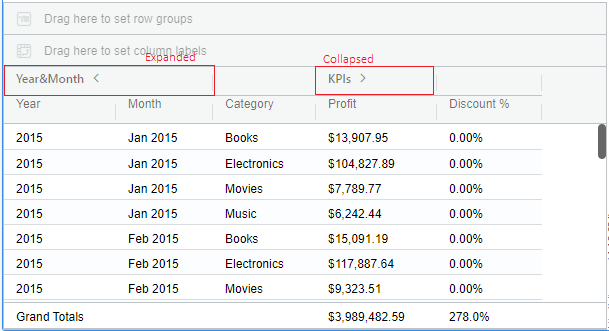 In the above image, there are two column groups ‘Year&Month’ and ‘KPIs’ of which the first group is in expanded state and the second column is in collapsed state.

The groups can be expanded or collapsed. If the group is in a collapsed state, then only the first object in the group will be shown on the chart. And the remaining objects can be seen only if the group is expanded. By default, the newly created groups will be collapsed.

Let us look into creating column groups in simple steps.

Open the hamburger menu of a column and hover onto Grouping, then a submenu opens. See the screenshot below 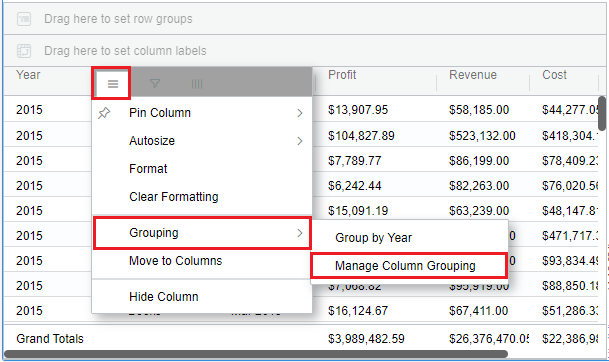 Click on ‘Manage Column Grouping’. Then a new window will open. See the screenshot 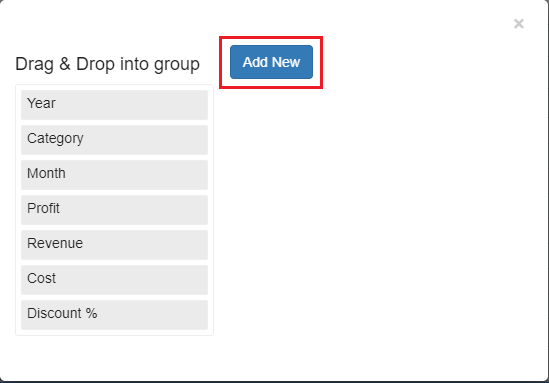 Click on ‘Add new’ to create a column group. Then a menu will appear with group title textbox and dropzones. 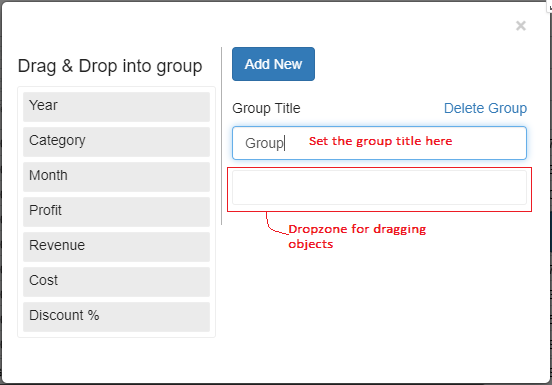 Now, drag and drop the objects from the left panel into the dropzone and set the group titles. In this case we are creating two groups as below:
‘Year&Month’ grouped with attributes ‘Year’ and ‘Month’
‘KPIs’ grouped with metrics ‘Cost’, ‘Profit’ and ‘Revenue’.
See the below screenshot 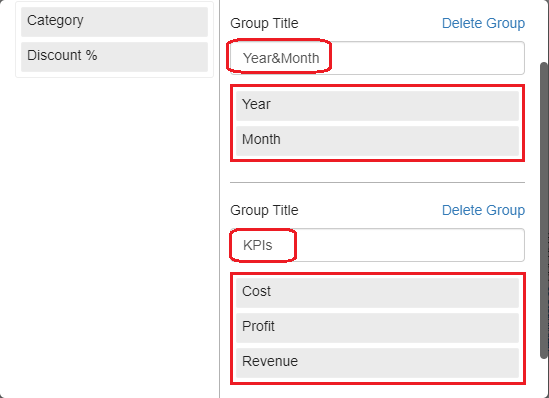 Close the ‘Manage Column Grouping’ window.Then the groups look like in the below screenshot 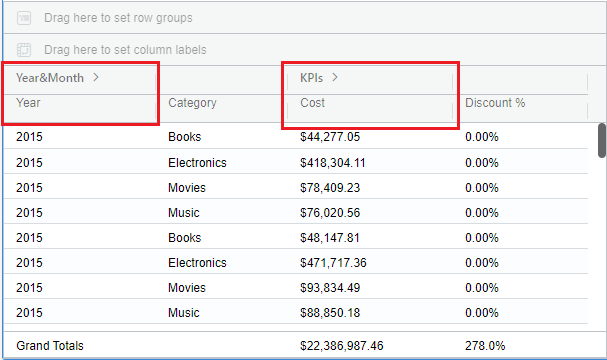 We can also delete the groups using the below steps.